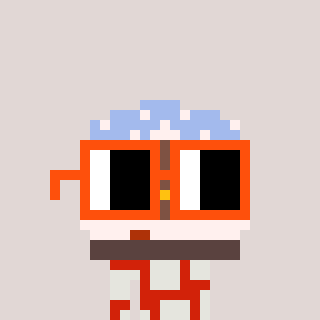 0xOmnia
0xomnia.mirror.xyz
The Floor Wars: Capitalizing on The Next Epoch of Social Speculation
0xb9D8
May 7th, 2022

Whether you agree or not, bribes are what they are: incentives. These incentives are proving to be not only profitable for the voters on the receiving end, but profitable for the bribers themselves.. at least this is true in DeFi. However, I am a self-proclaimed semi-smooth brain so I encourage you to see for yourself here.

This is not going to be some massive shill piece on how Floor DAO works, because Korpi already did here, it will however, be a brief moment of speculation as to what wars may, or may not, ensue using Floor DAO as a proxy.

The NFT space (which I’ve happily spent the better part of ‘21 year seeing from the outside in, with the occasional dabble) has become something I’ve been fully immersed in since the beginning of ‘22. It’s a space like no other, it has the widest variety of brain density, from smooth brains to canyon depth brains. Even though wildly inefficient, just like DeFi, it does have a charm to it that DeFi will not experience for quite some time; normie attention.

Your every day individual, let alone “crypto investooor” doesn’t really give too much of a shit about the next yield aggregator, or DEX paying out the highest % of swap fees, or the 52nd L1 ecosystem fund, etc… they give a shit about buying (speculating), number (ideally) going up solely based on interest and ape mentality, and selling it. In Web3, this has mostly manifested in the NFT space. At ~113Ξ floor for what most might consider a photo in which they own no rights to, anyone can understand how this has infected the mainstream hive mind.

While I believe cc0 & on-chain generative NFT’s are the future. That discussion is for another time. We’re here to talk about bribes n shit.

Bribing has been exciting in DeFi and has completely opened a new paradigm for users/protocols through voting power and overall governance/market control. Combine this with the NFT space, and you have a whole new beast. This is the most organic bribe market I’ve ever seen be born.

All of a sudden, new value has been created for Floor DAO. gFLOOR (governance FLOOR) holders now saw that they were able to be bribed for their vote, making it that much more valuable. Milady Maker proceeded to cross a ~2Ξ floor, showing there was clearly value for the project to facilitate or participate in bribing.

IMO, the NFT space is largely misunderstood as having some sort of secret sauce that makes one better than another at playing the roulette table that is the current NFT market (for the most part):

In many ways this is relative to Web2 social media. However in this case, value is purely generated for the largest brands and whichever individuals are able to pull attention via these channels; creating the largest social downward spiral in existence.

The above is an exaggerated example of the social media / attention trap. However in all cases there is either short, mid, or long term speculation.

This leads us to the new era of speculation…

Speculation in Web3 has created brand new paradigms that have synced with mainstream consciousness at >100x the speed that Web2 paradigms have.

If you’re reading this, you know that PFP NFT’s and beyond are becoming new forms of digital identity/status/access. No need to dive deeper for the moment as there would only be more speculation. You came here to read about what is transpiring on Floor DAO.

As you’ve seen given the data above, bribing can be a profitable tool in the arsenal of a protocol/DAO/community of any kind, bribing is taking a new form. DeFi → NFT’s.

This is exactly what the Hidden Hand marketplace was designed to facilitate, and in FIP#14, Floor DAO voted to formalize its partnership with Redacted Cartel, meaning, expect to see a Floor DAO bribe market very… very soon.

We bring the vibes. 🦋

This is me channeling my thoughts in written pieces that may summarize current market thoughts but will never be to endorse any project, or method mentioned nor give any financial advice. Blz do not fomo into anything you may read from myself or any other anons. I also may or may not hold any of the tokens mentioned and/or contribute to any protocols/DAOs mentioned. Stay safe.